Specialized frost-resistant battery made in HE3DA 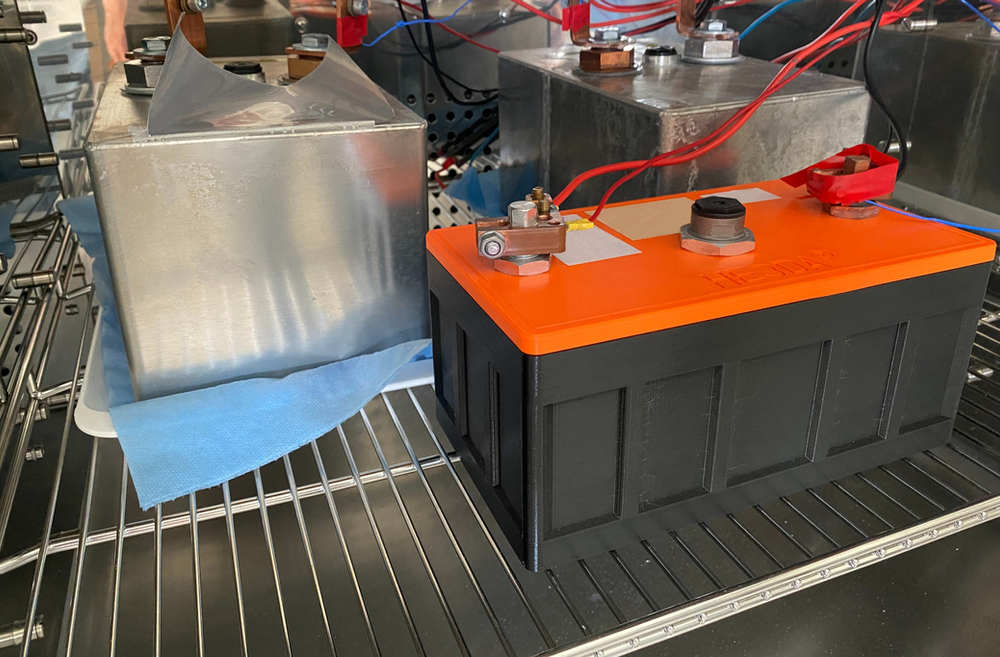 This new battery is designed for extreme conditions, such as in Siberia.

The photo was taken after testing in a box that can simulate environments up to -40°C. Front prototype of a specialized battery made in HE3DA. In the back, two specialized batteries were made on the serial line at Magna Energy Storage.

The main parameter (from the display chart) is that even at temperature -40°C, a capacity of 56.5% can be used. This deep minus temperature was the maximum possible for current testing, because the Memmert deep-freezing box, which is owned by HE3DA’s testing room, can be set to the currently stated temperature. Even in these conditions, the specialized HE3DA battery works.

Jan Procházka states that even at temperatures of -60 to -70°C, the battery will still be usable. Such conditions are even in the coldest months in Antarctica (July).

For conventional batteries, a -25°C temperature causes a zero usable capacity and therefore their use in these conditions is not possible.

Magna Energy Storage will produce this special battery in series, and it will be possible to order it. It can be used not only as a starter battery but also as a backup source for extreme conditions.

As for even harsher conditions (-170°C), HE3DA is catching up with this problem by specially insulating this battery and cabling. Therefore, it is possible to use the battery even in these conditions.

An important feature is the heat-thermal-management (heat distribution in the form of indoor heating during operation). Battery operation is also the best protection against frost (while in use, it is automatically heated from the inside by its internal resistance).

Now the battery will be measured on other devices, which have only a few experienced devices in the Czech Republic, to measure the temperature when the battery already needs the above insulation.